Synthetic Indices: What are they and how do you trade them?

Back in the day, trading was simple. You physically had to go to your broker, put in an order and read the newspaper every day to see how your stocks are doing. These days it is a lot more complicated. You can buy and sell stocks in a matter of seconds on your mobile device, you can choose between stocks, forex, indices, commodities, futures, options… the list goes on. With so much to choose from it can be a bit daunting to decide what markets you should be trading, which time frames, indicators, strategies, all of it becomes too overwhelming very quickly. That’s why the theme for the next couple of weeks is going to cover all these different instruments; what they are, how they work and how to trade them.

For starters, let’s take a look at a kind of market that is not commonly traded or spoken about as much as something like Forex or The DOW JONES Index. What I am referring to is something called, “Synthetic Indices”.

Synthetic Indices are markets that are simulated, where the price action is derived from algorithms and their behaviour is created from the use of randomly generated numbers. Some of them behave like real monetary markets and some are quite obviously computer generated. These indices can be traded on MT5 and Options. There is also an auto trade option available where you use the trading bot for options provided by the broker which you can tweak according to your strategy.

It seems awfully easy for the broker to just manipulate the numbers being generated for their own benefit however, they claim that due to “transparency issues” the broker is unable to have an effect on or predict which numbers will be generated and hence is unable to cheat the market.

Here are some examples of how some of them look:

Here is a 1-hour chart of a Volatility Index 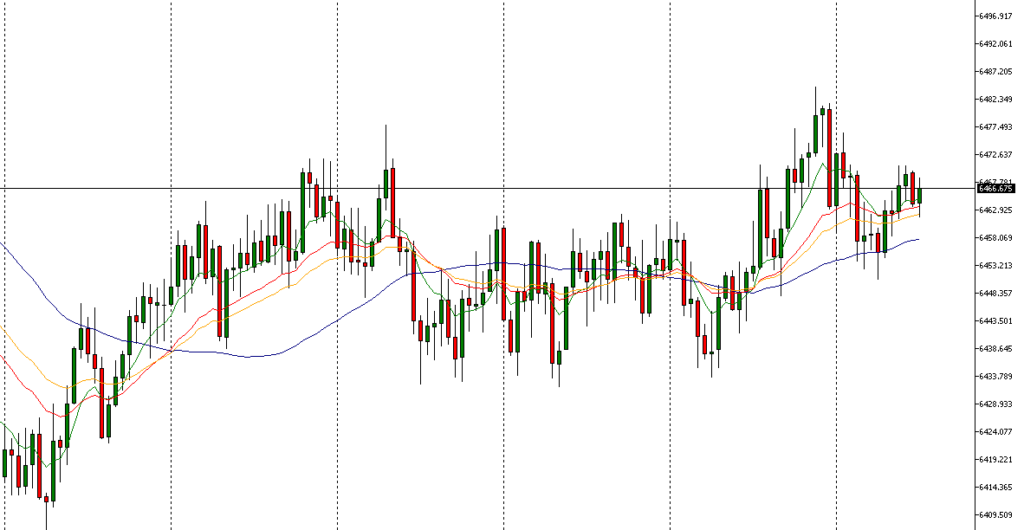 Here is a 1-minute chart of a Volatility Index 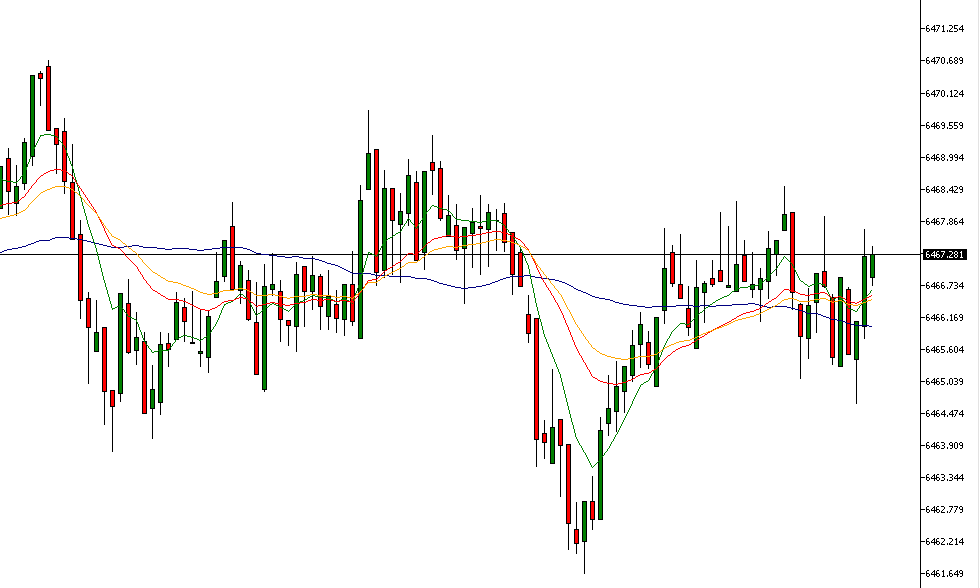 While it might look like a fairly normal, if not very volatile market, it is a fairly different experience when you trade it. Notice how long the wicks of the candles on the 1-hour chart are, and on the 1-minute what you don’t see is how many points those candles are. It can be an extremely dangerous market to trade as you generally move up to 20 or 30 points per “tick”.

Trading it long term is definitely more ideal as it is quite easy to be wiped out on the smaller timeframes. Even on the longer timeframes you have to be very patient as it takes a long time to move in a significant direction – as seen on the 1-hour chart. The Volatility Index has been described as, “a contrarian sentiment indicator that helps to determine when there is too much optimism or fear in the market. When sentiment reaches one extreme or the other, the market typically reverses course”, the idea is that the market can change trend very quickly, with little warning and it can be difficult to predict in the same way one would with a normal monetary market.

However, it is still relevant to note that Volatility Indices can be traded by using technical analysis in combination with technical tools to analyse price movement.

Here are 1-hour charts of crash and boom indices: 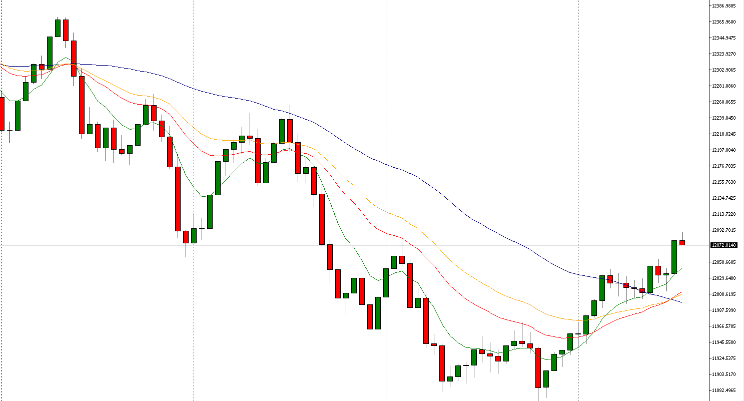 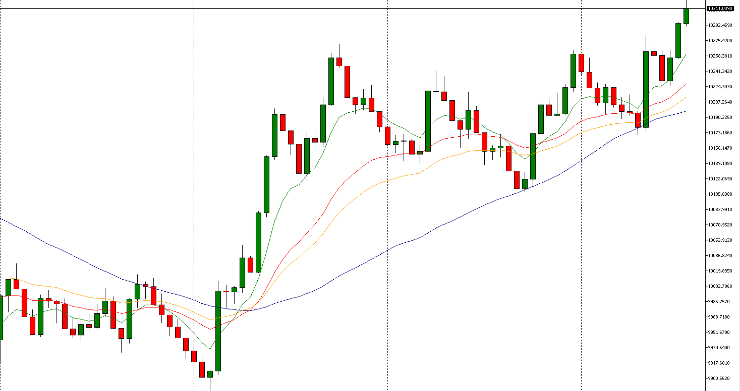 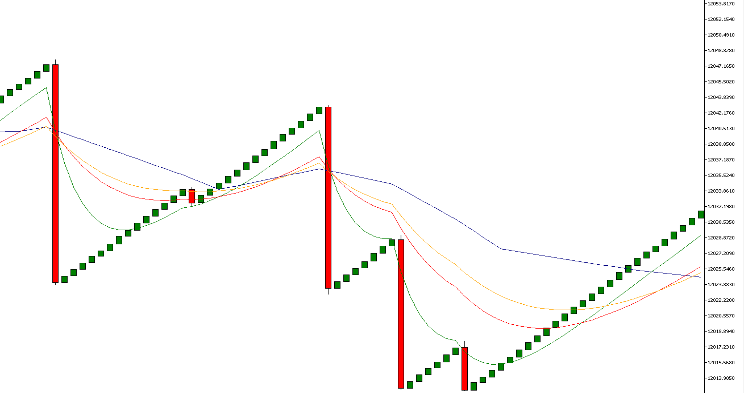 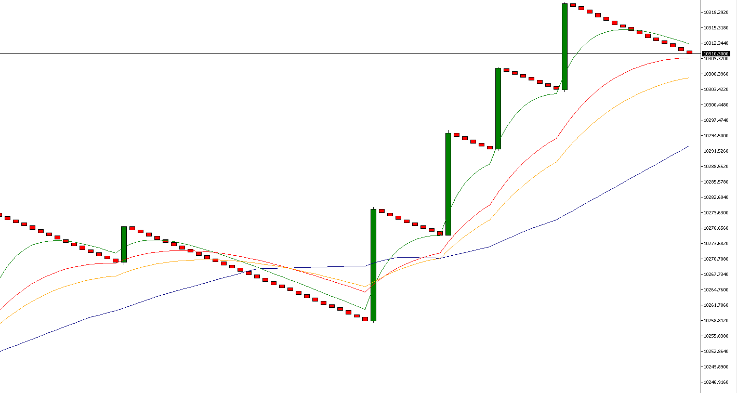 As with the Volatility Index, these markets look fairly normal on larger time frames but the devil is always in the detail and in these markets it sort of screams in your face. Notice how they are essentially the same, except that while Crash is built for going long, Boom is built for going short. Crash and Boom Indices are markets which derive their ticks based on simulations from stocks. For example: in the case of Crash 500 Index, the price drops (crashes) on average every 500 ticks in the price series. In turn, for Crash 1000 Index, on average the price drops every 1000 ticks in the price series – and vice versa for Boom 500 Index as well as Boom 1000 Index.

Since all synthetic indices are not affected by fundamentals, some claim that this makes them a lot easier to trade as you just apply technical tools to analyse where the market is going.

In these markets, because the spikes are so erratic, you aim to trade in the opposite direction. Rather taking your time as your position builds instead of trying to catch a falling knife. However, that’s where it catches you. In my own experience in trading Boom and Crash markets, by the time the trend has changed or the indicator has alerted you that the trend has changed (although it’s pretty obvious in any case) it is usually too late and the draw down is already too big.

Also, because the numbers are derived from algorithms, when you have a boom or a crash, it happens so quickly that any stops you might have are ignored and in a split second you have lost over 500 points. It is for this reason that I am going to make a bold statement and say that in my opinion, trading these markets are no different than playing slot machines. It would probably be safer to try earn a living from playing poker than to trade these indices. That being said, if anyone out there wants to change my mind and show me a strategy that works, I will be willing to retract such statements.

Here is a daily candle chart of a Range Break index: 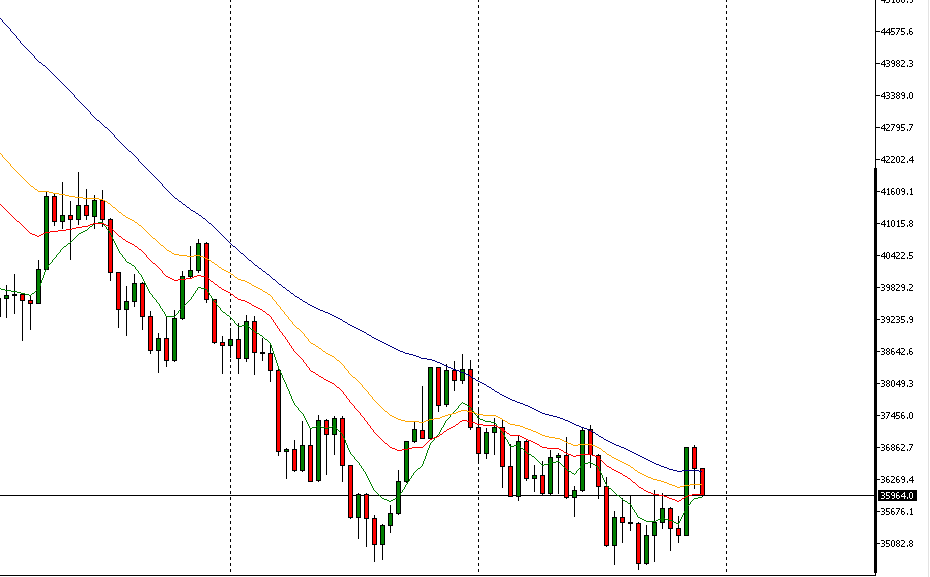 Here is a zoomed in and zoomed out 1-minute chart of a Range Break Index: 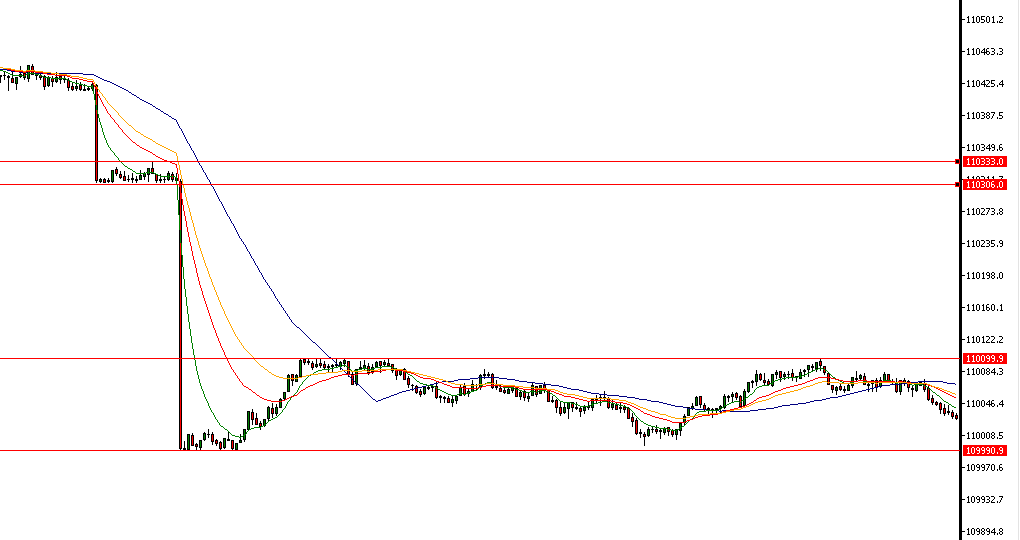 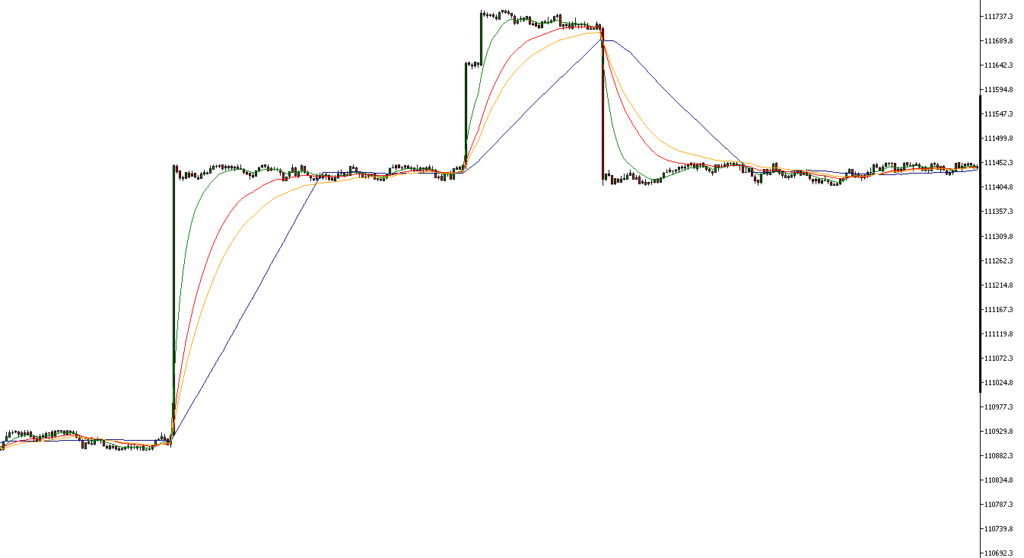 Again, you are probably starting to notice the pattern with synthetic indices, on the larger timeframes they seem to behave similarly to monetary markets, but once you go down to the smaller timeframes you start to notice their kinks. In the case of Range Break, it establishes a range and sticks to it for an indeterminable amount of time, then at some point it breaks that range, going either long or short – as opposed to the Boom and Crash indices which only go long or short. However, in the way that Boom and Crash break according to an average amount of ticks – depending on if you are trading Boom500 or Boom1000 – so does the Range Break Indices. Range Break 200 breaks on average every 200 attempts of breaking the range – so only the ticks that push against the boundaries of the range as opposed to every tick – and Range Break 100 breaks on average every 100 attempts. I have found that while the range can last for an indeterminable time, it will almost always break to the short side while trading below the 50 moving average and vice versa to the long side as it is trading above the moving average. This simple principle allows one to gain a small amount of security in trading such a market however, entries become ambiguous and a small drawdown can go hundreds of points against you in a matter of split seconds.

Now that we have taken a look at the most common and widely traded synthetic indexes, lets discuss some of the pros and cons.

Well, as mentioned earlier, one of the biggest pros is that fundamentals can’t affect them. These markets are not really attached to anything tangible since they are all computer generated and are derived from algorithms. The benefit would be that once you develop a strategy using only indicators you should be able to be quite consistent in your profits. However, the very nature of these markets makes it exceedingly difficult to predict where the price action is going – there is nothing pushing it in any direction for any reason. Such markets could perpetually climb or fall without limitation.

A problem with this is that if you trade using things like price action or support and resistance levels you will not be able to trade these indexes at all. The rules of the material world fall away in the realm of synthetic indexes so you can’t trade using tools that are based off of real-life sentiment. As an extension to this, even lagging indicators won’t help you much as they try to predict where the market is going based on past price action and something like price action will never affect a synthetic index.

Something like a really complicated trading bot that is built with a really sophisticated algorithm and tries to only catch a small amount of points many times through out the day could potentially work. I know of a trader that has built a bot that trades Boom1000 Index that – according to the back tests on MT5 – can consistently return 100% of an account every month. However, after taking a few trades it crashes and needs to be removed and put back on the chart – doing that all day is not conducive to healthy trading.

If you had to find a way to make steady profits on synthetic indexes then the next point will prove to be very useful. Since they are all computer generated, they run for 24 hours a day, 7 days a week. They never close, they never consolidate – or rather they only ever consolidate (depending on how you look at it) – and they never run out of price action. They are machines of perpetual motion and if one had to harness such motion successfully and consistently then it could be something that is well worth looking into.

Personally, I still maintain that anything that is not created out of something and has no tangible connection to the real world of cause and effect, can easily be manipulated to rob people blind. Most people who discover synthetics believe they have hit a gold mine and most end up losing a lot of money in it. While the brokers claim they have no way of manipulating or predicting the market, we all know that anything that is computer based can be hacked or tampered with. There are many very clever people out there and even the most complex algorithms are derived from something and even if most of us won’t be able to figure out the math, there are machines which can and in turn, once you know what makes something tick, you can take advantage of it.

Until next time, Happy trading

Trading Psychology: The Ego and its Constituents by Dylan Peacock

What is the RSI Indicator & How to Trade It

Podcast #12 Of The Trader Interview Series

No products in the cart.